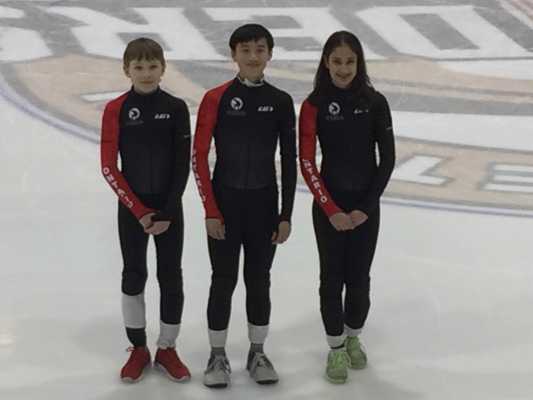 Congratulations to all the skaters of Team Ontario who skated this past weekend at the Canada East Short Track Championships held in Charlottetown PEI.  This competition featured top skaters in the 11 year old to 15 year old age classes.

Eugene and Andria were also bronze medal winners in their respective team relays.  These races, as always, were full of excitement and it was great to see our skaters on the podium.

It was also fantastic to see William Preudhomme this weekend as the honorary ambassador of this event. William is a Toronto Speed Skating Club member and is now a National Development Team Member who won a medal in his first ever World Cup.  What a great inspiration he was to all the young skaters this weekend and specifically to our Toronto skaters.