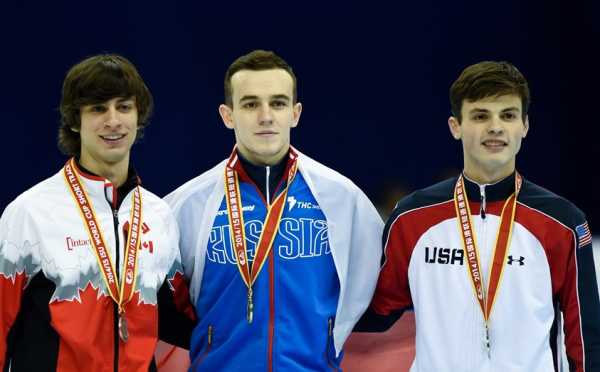 William Preudhomme continued his strong performance on the international stage in Seoul, Korea. Skating in his 2nd World Cup competition after his breakout performance in Shanghai, William got to the A Finals in both distances he skated, doing it the hard way via the reperchange round in the 3000 m!

Both distances gave William invaluable international racing experience and will definitely grow him as a skater!

Toronto skater William Preudhomme significantly upped his game this weekend winning a bronze medal in the 500 metre distance at World Cup 3 in Shanghai.

Skating in his very first World Cup, after getting the opportunity as a injury substitute, William grasped the moment and took every opportunity afforded to him.

William won all 3 repercharge races, then came 2nd in the quarter final, 2nd in the semi and 3rd in Final A on his journey to bronze! William consistently skated in the low 41s today, logging a pb of 41.15 in the repercharge final.

He flies out of Shanghai tomorrow and starts again in Seoul for World Cup 4 this weekend.

William continues to be the best possible ambassador of the club, and we proudly look at his success as the leader in a fast developing club!